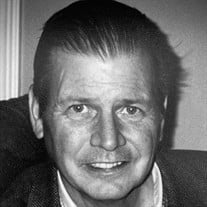 William W. “Bill” West, age 72, of Henderson, Ky, passed away on September 21, 2020 at Redbanks Nursing Home in Henderson, KY. Born May 8, 1948 to Robert and Nadine (Walker) West, Bill loved Christmas and all the family traditions that came with it. He enjoyed carrying on those traditions with his two daughters Katrina and Vanessa and his two grandchildren Stuart and Meg who called him “Daddy Bill” just as he had called his maternal grandfather. He was a passionate fan of Kentucky Wildcat basketball and football. He was a history enthusiast, especially in the area of politics. Bill saw voting as a privilege and a duty. He never missed an opportunity to cast his ballot. He graduated from Henderson City High School, attended the University of Kentucky, and was a member of Henderson Moose Lodge #732. He previously owned and operated Vide-O-Ville in Madisonville, Ky. Bill was preceded in death by his parents Robert and Nadine West, one brother Tim West, maternal grandparents William “Daddy Bill” and Nora “Mother Walker” Walker and paternal grandparents James W. and Verbel Gibson West. Survivors include his two daughters Vanessa Tackett and her husband Mark of Madisonville, KY and Katrina West of Louisville, KY; two sisters Sharyn McBride and her husband David and Marietta Peckenpaugh and her husband Leo both of Henderson, KY; two brothers Mark West and his wife Kristy of Henderson, KY and Bobby West of Evansville, IN; one granddaughter Meg Tackett and one grandson Stuart Tackett; aunts, uncles, cousins, and many nieces and nephews. The family wishes to recognize the care and love displayed for Bill over the past year by the wonderful staff at Redbanks and the friends and family members that visited, called, and offered their encouragement and service. Relatives and friends are invited to Bill’s Life Celebration on Friday, October 9, 2020 in the backyard of 235 S. Water St. Henderson, KY, 42420. Visitation will be from 4:00-6:00 p.m. and the memorial will begin at 6:00 p.m. A graveside service will be held at 9:00 a.m. on Saturday, October 10, 2020 at Fernwood Cemetery in Henderson, KY with Reverend Tim Shockley officiating. In an effort to protect family and friends, masks will be required Expressions of sympathy may take the form of contributions to Redbanks Residents Activity Fund, 851 Kimsey Lane, Henderson, KY, 42420. Arrangements entrusted to Benton-Glunt & Tapp Funeral Home, A Life Celebration® Home, online condolences may be made at www.bentongluntandtappfuneralhome.com.

The family of William W. "Bill" West created this Life Tributes page to make it easy to share your memories.

Send flowers to the West family.