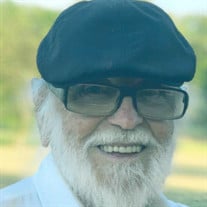 William B. (Bill) Sheffer has left this earth, and is traversing infinity to the stars. He was preceded in death by brothers Sam and Bert Sheffer; sisters Eloise Eggers, Dixie Lansden, Francele Jones, Betty Sutton and JoAnn Steinwachs; and... View Obituary & Service Information

The family of William B. "Bill" Sheffer created this Life Tributes page to make it easy to share your memories.

William B. (Bill) Sheffer has left this earth, and is traversing...

Send flowers to the Sheffer family.