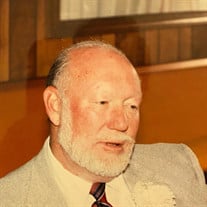 Wheeler Kenneth Dotson was born on September 6th, 1938, to Joe Wheeler Dotson & Bertha Marie (Colbaugh) Dotson in Rhea County, TN, and passed away on April 24th, 2020, in Henderson, KY, surrounded by those who loved him. In 1950, at the age of 12, Ken and his family moved to Tennyson, IN. After graduating from Tennyson High School in 1956, he enlisted in the U.S. Air Force that June. After basic training in California, he was transferred to Scott Air Force Base in Illinois in September of 1956. While on weekend leave that October, he met his future wife, Barbara Woolsey, in her hometown of Dale, IN. He was transferred to Oklahoma shortly after that, but then spent the final two years of his military service at the Air Force Academy in Colorado Springs, CO, before being honorably discharged in June of 1960. Ken and Barbara married on June 7th, 1958, at the Methodist Church in Dale, IN, and spent the next 61 years together. In 1961, Ken and Barbara moved to Dallas, TX, where he went to transportation school, a field he worked in through railwork and semi-trucking until September of 2007. His career took him from rate clerk and auditor to terminal manager, driver, and even owner of his own trucking businesses. In January of 1962, Ken was baptized into the Church of Christ in Jacksonville, TX. He loved playing basketball in high school and continued to play full-court basketball until in his late 60s. His favorite past times included reading, studying and sharing his thoughts about the Bible, learning about history, riding his bicycle and talking about anything and everything. In his younger days, he also enjoyed trading horses and cars. Ken was preceded in death by his parents and his brother, Melvin Dotson of Newburgh, IN. Survivors include his wife Barbara, their five children Clay Dotson of Henderson; Mitzi Crafton of Louisville, KY; Kevin Dotson of Owensboro, KY; Clint Dotson of Waco, TX; and Keith Dotson of Evansville, IN; their seven grandchildren Nathan Dotson, Clayton Dotson, James Kenneth Crafton, Jennifer Dotson, Amber Frasier, Wayne Dotson, and Matthew Wheeler Dotson; seven great-grandchildren, his two nephews Melvin “Sonny” Dotson and Scottie Dotson, and his niece Diana Morris. The family would like to thank Davita Dialysis Clinic, Dr. Bhasin, his nurse practitioner Martha, and St. Anthony’s Hospice. Due to restrictions on public gatherings, a private burial service will be held at Selvin Cemetery in Selvin, IN. In lieu of flowers, the family asks for donations to St. Anthony’s Hospice. Arrangements entrusted to Benton-Glunt & Tapp Funeral Home, A Life Celebration® Home, online condolences may be made at www.bentongluntandtappfuneralhome.com.

Wheeler Kenneth Dotson was born on September 6th, 1938, to Joe Wheeler Dotson & Bertha Marie (Colbaugh) Dotson in Rhea County, TN, and passed away on April 24th, 2020, in Henderson, KY, surrounded by those who loved him. In 1950, at the age... View Obituary & Service Information

The family of Wheeler Kenneth Dotson created this Life Tributes page to make it easy to share your memories.

Send flowers to the Dotson family.