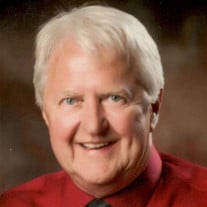 Henderson, KY native, Terry Lee Givens, lovingly known as “T.L.”, passed away suddenly on February 3, 2020 at the age of 69. He had been enjoying one of his favorite past times, golf with close friends on an unusually warm, sunny day. Early in his life he was a fireman for the City of Henderson. He then worked for the local aluminum smelter, until he ventured out on his own to start The Tool Shed, which quickly grew into a thriving business, Givens Consulting Group, Inc. He obtained his Bachelor of Liberal Studies from the University of Evansville in 1985. Terry was multi-talented as an artist, musician, photographer, woodworker, inventor, and builder of houses, machines, and furniture. Terry was preceded in death by his parents Ralph and Cordie Givens and 2 brothers Tommy and Hurtis Givens. He is survived by his loving wife of 50 years Donna Carole (Kellen) Givens of Henderson, KY; his sons Anthony “Tony” Givens and his wife Gloria of Evansville, IN and Scott Gregory Givens and his wife Christy of Robards, KY; sister Ann Shelton and her husband Tim of Cairo, KY; brother Steve Givens and his wife Joyce of Murrary, KY; granddaughters Hayley Dawne Givens, Kaci Carol-Lynn Givens, and Emma Kate Givens; along with several step-grandchildren and step-great-grandchildren and many nieces and nephews. He was also very proud of his recent great-grandchild, Tucker Lee Gregory “T.L.” Givens. Relatives and friends are invited to Terry’s Life Celebration from 3:00 until 8:00 p.m. on Thursday and again from 10:00 a.m. until the service time on Friday. February 7, 2020 at Benton-Glunt & Tapp Funeral Home. The funeral service will be held at 2:00 p.m. on Friday at the funeral home with Brother Marcus Daly officiating. Burial will follow in Fairmont Cemetery in Henderson, KY. Pallbearers will be Pedro Gonzalez, Joe Daniel, Mark Kellen, Wayne Kellen, Alex Kellen, Kurt Kellen, Shayne Kellen, Jeff Givens, Scott Givens, and Tony Givens Honorary pallbearers will be Rodney Kellen, Jon Phillips, Tom Richey, Allen Eyre, Roger Meuth, John Catlett, Butch Puttman, and Jud Royster. Expressions of sympathy may take the form of contributions to Marsha’s Place, 235 N. Elm Street, Henderson, KY, 42420. Arrangements entrusted to Benton-Glunt & Tapp Funeral Home, A Life Celebration Home®, online condolences may be made at www.bentongluntandtappfuneralhome.com.

Henderson, KY native, Terry Lee Givens, lovingly known as &#8220;T.L.&#8221;, passed away suddenly on February 3, 2020 at the age of 69. He had been enjoying one of his favorite past times, golf with close friends on an unusually warm, sunny... View Obituary & Service Information

The family of Terry Lee "T.L." Givens created this Life Tributes page to make it easy to share your memories.

Send flowers to the Givens family.