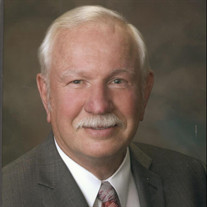 Stephen D. Keach, age 72, of Henderson, KY, passed away at 10:39p.m. on Sunday, January 30, 2022, at the Lucy Smith King Care Center under the care of St. Anthony’s Hospice. Steve was a retired firefighter for the City of Henderson where he rose to the rank of Lieutenant. He was a member of Airline Baptist Church and previously served as a deacon and trustee for Bethel Baptist Church in Hebbardsville. Steve was a member and past Master of Masonic Lodge #958 as well as an honorary member in several other lodges throughout the Commonwealth. He also enjoyed serving the community as a Rizpah Hadi Shriner as part of the Transportation Unit for its Children’s Hospitals in Cincinnati, Lexington and St. Louis. Additionally, he was also known as “Abnormal the Clown” during his time as part of the Funster unit of the Shriners. Steve was also proud to be a member of the Scottish Rite, Eastern Star, and a Kentucky Colonel. He was preceded in death by his parents, Warren “W.D.” and Bettye Keach, and his brother, Warren “Buster” Keach. Steve is survived by his wife of 50 years, Dixie Keach of Henderson, KY; son Stephen Warren Keach and his wife Amberly of St. Louis, MO; and his grandchildren Mason Daniel and Avelyn Emma Keach. He also leaves behind two nephews, Adam Keach of Louisville and Aaron Keach of Henderson. Relatives and friends are invited to Steve’s Life Celebration from 4:00 until 8:00 p.m. on Tuesday at Benton-Glunt & Tapp Funeral Home and again on Wednesday from 9:00 a.m. until the service time at the funeral home. The funeral service will be held at 11:00 a.m. on Wednesday at the funeral home with Reverend Nathan Whisnant officiating. Burial will follow at Fairmont Cemetery in Henderson, K.Y. A masonic service will be held on Tuesday evening at 7:00 p.m. at the funeral home. Expressions of sympathy may take the form of contributions to St. Anthony’s Hospice, 2410 S. Green St., Henderson, KY, 42420 and Henderson Masonic Lodge #958, P.O. Box 253 Henderson, KY 42419-0253. Pallbearers will be Mike Austin, Wayne Emerson, Carl Grossman, Phillip Melloy, Tim Middleton, David Skaggs, Sam Ware, and Travis Young. All Masons will be honorary pallbearers. Arrangements entrusted to Benton-Glunt & Tapp Funeral Home, A Life Celebration Home, online condolences may be made at www.bentonglutnandtappfuneralhome.com.

Stephen D. Keach, age 72, of Henderson, KY, passed away at 10:39p.m. on Sunday, January 30, 2022, at the Lucy Smith King Care Center under the care of St. Anthony&#8217;s Hospice. Steve was a retired firefighter for the City of Henderson where... View Obituary & Service Information

The family of Stephen Daniel Keach created this Life Tributes page to make it easy to share your memories.

Send flowers to the Keach family.