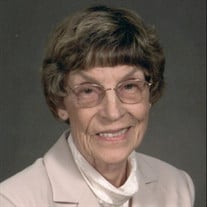 Shirley Joann Hansen Book, age 85, of Henderson, KY, left us to be with the Lord on August 28, 2021, after a courageous battle with cancer. She was a faithful member of Henderson General Baptist Church where she was very active and volunteered her time to serve in many areas. She will always be remembered for her willingness to help others and for her delicious desserts. Shirley and her husband of 67 years, Frank Book, lived in Henderson before moving to California where they lived for 30 years. Shirley worked in various areas of the medical field and also taught classes at a local university while in California. She and Frank moved back to Henderson in 1993 where she worked as a nurse for Dr. John McClellan for 10 years until she retired. Shirley was preceded in death by her parents, Aubrey Thomas (A.T.) Hansen and Charlene Hansen; her sister, Barbara (Johnny) Bumpus, and her niece, Devon Hansen. She is survived by her husband Frank Book; her son, David (Jan) Book; her daughter, Denise (Mark) Kissel; her sister, Kay Hansen; 10 grandchildren, Beth (Allen) Ramsey; April (Matt) Hensley; David Michael Book; Trendon (Erika) Ellis; Bryan (Emily) Ellis; Tyler Book (Blake Williams); Matt (Katie) Kissel; and Jake, Josh, and Lucas Kissel; 12 great-grandchildren and numerous nieces and nephews. Relatives and friends are invited to Shirley’s Life Celebration from 5:00 until 7:00 p.m. on Monday and again on Tuesday from 9:00 a.m. until the service time at Benton-Glunt & Tapp Funeral Home. The funeral service will be held at 10:00 a.m. on Tuesday, August 31, 2021 at the funeral home with Pastor Chad Hensley officiating. Burial will follow at Roselawn Memorial Gardens in Henderson, KY. Pallbearers will be her nephews: Bill Book, Deke Book, Chuck Book, Jeremy Book, Mark Book, and Chuck Donetta. Honorary pallbearers will be her nephews: Brent Book, John Book, Sam Donetta, and Jason Book. Expressions of sympathy may take the form of contributions in Shirley’s honor to Henderson General Baptist Church or St. Anthony’s Hospice. Arrangements entrusted to Benton-Glunt & Tapp Funeral Home, A Life Celebration® Home, online condolences may be made at www.bentongluntandtappfuneralhome.com

Shirley Joann Hansen Book, age 85, of Henderson, KY, left us to be with the Lord on August 28, 2021, after a courageous battle with cancer. She was a faithful member of Henderson General Baptist Church where she was very active and volunteered... View Obituary & Service Information

The family of Shirley Joann Hansen Book created this Life Tributes page to make it easy to share your memories.

Send flowers to the Book family.