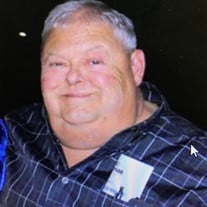 Kenneth Busby Elliott, age 68, of Henderson, KY, passed away at 2:01 p.m. Friday, October 5, 2018 at his home. Kenneth partnered with his brother, Dennis, in operating Elliott Farms. He was an outdoorsman who loved to hunt and fish. Kenneth loved the Lord and enjoyed an active membership for 58 years at Airline Baptist Church. He was a member of The Gideons International, an evangelical Christian group whose main activity is distributing the Bible free of cost. Kenneth was, above all else, a family man. His family treasures their memories of him and counts themselves blessed to have had him in their lives. In addition to his parents, Floyd and Ruth Elliott, Kenneth is preceded in death by his brother, Larry Elliott. Kenneth is survived by his wife of 51 years, Betty Elliott of Henderson, KY; daughters Lana Elliott Higdon and her husband, David, of New Salisbury, IN and Rebecca Beard and her husband, Greg, of Henderson, KY; son Thomas Elliott and his wife, Shannon, of Henderson, KY; brother Dennis Elliott and his wife, DeAnne, of Henderson, KY; grandchildren: Lacy Hagan and her husband, Eric, Lance Kuder, Jacy Elliott, Blake Elliott, Roman Beard, Aleksey Beard; great grandchildren Tanner and Reed Hagan; step-grandchildren: Cameron Higdon, Colin Higdon, Callie Higdon; and nephews. Relatives and friends are invited to Kenneth’s Life Celebration from 4:00 until 8:00 p.m., Monday, October 8, 2018 and again on Tuesday starting at 9:00 a.m. at Benton-Glunt Funeral Home. The funeral service will be held at 11:00 a.m. on Tuesday at the funeral home with Reverend Nathan Whisnant officiating. Burial will follow at Roselawn Memorial Gardens in Henderson, KY. Expressions of sympathy may take the form of contributions to American Cancer Society https://donate3.cancer.org/ and/or The Gideons International https://www.gideons.org/donate. Arrangements entrusted to Benton-Glunt Funeral Home, A Life Celebration® Home, online condolences may be made at https://www.bentonglunt.com/.

Kenneth Busby Elliott, age 68, of Henderson, KY, passed away at 2:01 p.m. Friday, October 5, 2018 at his home. Kenneth partnered with his brother, Dennis, in operating Elliott Farms. He was an outdoorsman who loved to hunt and fish. Kenneth... View Obituary & Service Information

The family of Kenneth Busby Elliott created this Life Tributes page to make it easy to share your memories.

Send flowers to the Elliott family.