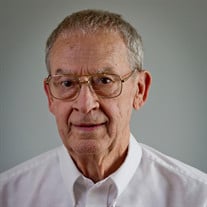 Karl Edward Zimmerman, age 85, of Jeffersonville, IN, formerly of Henderson, KY and Evansville, IN passed away peacefully at 7:35 a.m. Thursday, January 3, 2019 at Hillcrest Village in Jeffersonville, IN. He was born May 18, 1933, in Belleville, Illinois to Fred and Mary (Mattern) Zimmerman and was the youngest of six siblings. At a young age the family moved to Bakersfield, CA. He graduated in 1951 from Graces Memorial High School. He worked as sales manager at Archway Cookies in Corona, CA from 1955 to 1961. He had a special interest in training horses which brought him to a local stable where he met his future wife, Ginny Clay. They were married on June 22, 1958 in Los Angeles, CA. and together they had 2 children and lived in Norco, CA. The family moved in 1961 with an opportunity to train cutting horses at the Hulling Ranch in Smithton, IL. In 1966 they moved to Evansville, IN where he worked his way up from salesman to Vice President of Schroeders Wholesale. By 1972 they bought 12 acres in Robards, KY, built a house and eventually a successful dog training and boarding kennel business, Misty Acres Kennel, which they ran for 33 years. With his love of jazz music, he became involved with Old Dam Community Band, traveling and playing with the band on many occasions to special events. The saxophone was his favorite instrument, however he also played clarinet, piano, and flute. Karl was preceded in death by his parents Frederick and Mary Zimmerman and siblings. He is survived by his former wife Ginny of Yorba Linda, CA, daughter Terri Johnson (Harlan) of Chewelah, WA, son Patrick Zimmerman (Robin) of Jeffersonville, IN, and 4 grandchildren; Ryan, Jenny, Walker, and Landon. Relatives and friends are invited to Karl’s Life Celebration from 10:00 a.m. until the service time on Friday, January 11, 2019 at Benton-Glunt Funeral Home in Henderson, KY. The funeral service will be held at 2:00 p.m. on Friday at the funeral home with Father Bernie Etienne officiating. Burial will follow at Roselawn Memorial Gardens in Henderson, KY. Expressions of sympathy may take form of contributions to Southern Care Hospice, 3602 Northgate Ct #27, New Albany, IN 47150. Arrangements entrusted to Benton-Glunt Funeral Home, A Life Celebration® Home, online condolences may be made at www.bentonglunt.com

Karl Edward Zimmerman, age 85, of Jeffersonville, IN, formerly of Henderson, KY and Evansville, IN passed away peacefully at 7:35 a.m. Thursday, January 3, 2019 at Hillcrest Village in Jeffersonville, IN. He was born May 18, 1933, in Belleville,... View Obituary & Service Information

The family of Karl Edward Zimmerman created this Life Tributes page to make it easy to share your memories.

Send flowers to the Zimmerman family.