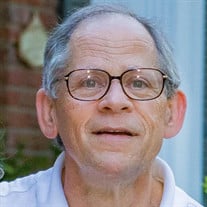 James V. Veccia, 68, of Henderson, KY left this world of suffering for his eternal reward Monday, March 9, 2020. Greeting him there are his father Joseph Veccia, father-in-law Richard Oates, sister-in-law Mary (Babione) Veccia, nephew Brian Veccia. Jim was proud to have served his country in the military with honors. He retired as Captain, United States Naval Reserve. Following his decommission, he pursued a career in the financial industry. During that time, he authored the book, “Investing for Richer or Broker, Beyond the Bull” in 1988. It wasn’t long before Jim found his calling as a funeral director. Helping grieving families through their hardest days became his ministry and his career. Jim became a Hendersonian in 2004 and gave his all to the community he decided to call home. He became actively involved in the Rotary Club of Henderson, Henderson’s Chamber of Commerce, the local Gideon chapter, and the Jail & Prison Ministry to name a few. All of these things and so much more, Jim did with the never failing love of his college sweetheart and wife of almost 50 years Judy Oates Veccia. Together, through many years and more than a few addresses, their family grew to include their daughter Shannon Veccia and her companion Dan Howell of Princeton, North Carolina; daughter Melanie Veccia Harrah, her husband Eric, and their children: Parker, Robyn, and Eric, Jr. all of Henderson, KY; son Matthew Veccia, his wife Brianne (Gorowsky), and their children Peyton and Greyson of Wellington, FL; Michael Veccia, his wife Meagan (Goldey), and their children Isaiah and Isabella of Henderson, KY. He is also survived by his mother Phyllis Veccia of Boca Raton, FL; mother-in-law Marie D. Oates of Henderson, KY; sisters: Joanne Veccia, Nancy Brodsky and her husband Bruce, Karen Buttita and her husband Harold, all of Boynton Beach, FL, brother Joseph Veccia all of Vero Beach, FL and many nieces and nephews. Relatives and friends are invited to Jim’s Life Celebration from 5:00 p.m. until 8:00 p.m. on Thursday, March 12, and again on Friday from 9:00 a.m. until service time at Benton-Glunt & Tapp Funeral Home in Henderson, KY. The funeral service will be held at 11:00 a.m. at the funeral home with Reverend James Wofford officiating. Burial will follow in Roselawn Memorial Gardens in Henderson, KY. Full military honors will be rendered by the American Legion Worsham Post #40. Expressions of sympathy may take the form of contributions to the charity of your choice. Arrangements entrusted to his wife and children at their funeral home, Benton-Glunt & Tapp Funeral Home in Henderson, KY. Online condolences may be made at www.bentongluntandtappfuneralhome.com.

The family of James V. Veccia created this Life Tributes page to make it easy to share your memories.

Send flowers to the Veccia family.