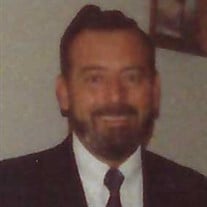 Freddie Lane Hare, age 82, of Henderson, KY, passed away at 3:20 a.m. on Monday, July 26, 2021 at Redbanks Colonial Terrace in Sebree, KY. He was preceded in death by his parents Charles and Iva Hare, wife Nancy Hare, brother Darrell Hare, sisters Janice Clayton and Alice Ferguson, and step-daughter Sherry Stoddard. Freddie retired as Master Chief Mechanic for the United States Navy after 20 years. He was a member of Bellfield Baptist Church for many years. Freddie loved to race cars and could fix almost anything. He was the 1992 Mechanic of the Year and 1994 Sportsman of the Year at Windy Hollow Raceway and won several other awards for racing. Freddie is survived by his sons: Troy Hare of Virginia Beach, VA, Tracy Hare of Virginia Beach, VA, and Terry Hare of Pennsylvania; his daughters: Robin Crawley of Evansville, IN, Justine Embry of Henderson, KY, April Eblen of Dixon, KY, and Dawn Butler of Henderson, KY; brother Harold “Butch” Hare of Henderson, KY; several grandchildren, great-grandchildren, sons & daughters- law, as well as many nieces and nephews. Relatives and friends are invited to Freddie’s Life Celebration from 10:00 a.m. until the service time on Saturday, July 31, 2021 at Benton-Glunt & Tapp Funeral Home. The funeral service will be held at 2:00 p.m. on Saturday at the funeral home. Entombment will follow at Roselawn Memorial Gardens in Henderson, KY. Military honors will be rendered by the American Legion Worsham Post #40. Expressions of sympathy may take the form of contributions to St. Anthony’s Hospice, 2410 S. Green St., Henderson, KY, 42420. Arrangements entrusted to Benton-Glunt & Tapp Funeral Home, A Life Celebration® Home, online condolences may be made at www.bentongluntandtappfuneralhome.com

The family of Freddie Lane Hare created this Life Tributes page to make it easy to share your memories.

Send flowers to the Hare family.