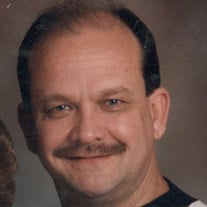 Douglas W. Newman, age 71, passed away peacefully at his home on Thursday, January 2, 2020. He was born in Henderson, Kentucky on August 22, 1948 to Wayman and Hallie Newman. Doug worked as a nurse for 37 years serving at Welborn Baptist Hospital, Mulberry Center; Deaconess Hospital, and St. Mary’s Hospital all in Evansville, IN. His final years as a nurse were spent at Brentwood Meadows in Newburgh, IN, where he found his true calling; helping those who were struggling with life’s complicated journey. It was often said by doctors and nurses alike that Doug had a special instinct and could communicate with even the most difficult patients. After retirement, he worked 8 years as a part time security guard at Ellis Park. Doug served as a medic in the United States Air Force for four years during the Vietnam War. He was a Kentucky Colonel, an avid Kentucky basketball fan, and loved horse racing. Doug was preceded in death by his father, Wayman Newman and mother, Hallie Lambert Newman. Doug is survived by his wife of 26 years Ruth Ann Newman; daughter Tami Perkins of Santa Fe, Texas; sons Chad Smith (Allie) and Matthew Smith (Bre) both of Henderson, KY; grandchildren: Kelsey and Wade Perkins, Mila, Carson, and Elsie Smith; great grandson Briggs; and his dog and special companion Henry Tucker. Relatives and friends are invited to Doug’s Life Celebration from 2:00 until 7:00 p.m. Monday and again on Tuesday starting at 10:00 a.m. until time of the service at Benton-Glunt Funeral Home. The funeral service will be held at 11:00 a.m. on Tuesday, January 7, 2020 at the funeral home with Reverend Tony Payne officiating. Burial will follow at Fairmont Cemetery in Henderson, KY. Military honors will be rendered by the American Legion Worsham Post #40. Pallbearers will be Ronnie Griffin, Dave Glassco, Duane Baker, Rob Carroll, Randy Lambert, and Jim Knight. Expressions of sympathy may take the form of contributions to New Hope Animal Rescue or St. Anthony’s Hospice. Arrangements entrusted to Benton-Glunt Funeral Home, A Life Celebration® Home, online condolences may be made at www.bentonglunt.com.

Douglas W. Newman, age 71, passed away peacefully at his home on Thursday, January 2, 2020. He was born in Henderson, Kentucky on August 22, 1948 to Wayman and Hallie Newman. Doug worked as a nurse for 37 years serving at Welborn Baptist... View Obituary & Service Information

The family of Douglas W. Newman created this Life Tributes page to make it easy to share your memories.

Douglas W. Newman, age 71, passed away peacefully at his home...

Send flowers to the Newman family.