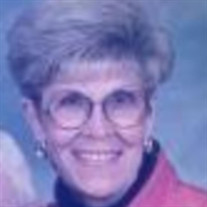 Dorothy Louise Slaughter Springer, age 93, of Henderson, KY, died peacefully at her home on Wednesday, December 2, 2020 with her daughter by her side. She was preceded in death by her parents J.B. and Lydia Slaughter; her beloved husband Carson Springer; daughter Stacy Lynn Springer Denton; granddaughter Natalie Nicole Denton; four brothers Clinton Slaughter, Manuel Slaughter, R.J. Slaughter, and Donnie Slaughter; as well as three sisters Geraldine Culver, Mickey Gorman, and Connie Leslie. Dorothy was a telephone operator at South Central Bell Telephone Company and her last active employment position was 33 years as a receptionist at Union Federal Savings and Loan in Evansville, IN. She was often known by many as Ms. Union Federal. There wasn’t a sweet treat that Dorothy didn’t enjoy and was known to eat five donuts at a time but still remained skinny as a rail. She was a competitive and excellent bridge player known throughout the tri-area. She was a devout and generous Christian and a very active member at First Baptist Church in Henderson, KY while her health allowed. She was often called a great prayer warrior and armchair cheerleader for those seeking spiritual guidance. Dorothy was an avid U.K. and Evansville Aces basketball fan. She enjoyed traveling to Arizona to visit her granddaughter Courtney, watching Lawrence Welk, and dancing to Willie Nelson with her sweetheart, Carson Ray. She is survived by her daughter Cathy Ruth Springer Kappes both of Henderson, KY and Chandler, AZ; granddaughter Courtney Leigh Katherine Kappes of New Orleans, LA; sister Ann S. Martin of Henderson, KY; and many beloved nieces, nephews, and friends. In lieu of flowers or donations the Springer-Kappes family is asking that you spend time, share a meal, or call those you love, as we navigate the financial and emotional toll this year has taken on all of us. Due to CoVid and the limitations on how many people allowed at the funeral, in place of your presence we are asking you to light a candle if Dorothy Slaughter Springer touched your life, your heart, or your spirit. Arrangements entrusted to Benton-Glunt & Tapp Funeral Home, A Life Celebration® Home, online condolences may be made at www.bentongluntandtappfuneralhome.com.

Dorothy Louise Slaughter Springer, age 93, of Henderson, KY, died peacefully at her home on Wednesday, December 2, 2020 with her daughter by her side. She was preceded in death by her parents J.B. and Lydia Slaughter; her beloved husband Carson... View Obituary & Service Information

The family of Dorothy Louise Slaughter Springer created this Life Tributes page to make it easy to share your memories.

Send flowers to the Springer family.