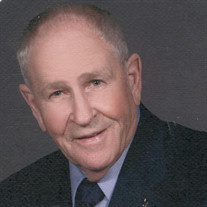 Charles Hillard Grimes, age 90, of Henderson, KY, passed away on Tuesday, February 8, 2022 at the Kentucky Veterans Center in Hansen, KY. Charles was a retired United States Marine Corp Officer completing 20 years and 6 months of service at the rank of 1st Lieutenant. He served multiple tours abroad; most notably serving his country in Vietnam. He was highly decorated as a result of his service receiving multiple decorations including the Navy Commendation Medal with a Combat V. Charles was a member of Sebree General Baptist Church, a KY Colonel, and a member of the New Jerusalem Masonic Lodge from which he recently received his 60 year pin. He loved working on cars and trucks. He was known for his red 1963 Ford Falcon that he recently restored. He purchased the car new shortly before he deployed to Vietnam. However, his Pride and Joy was his 2000 Kenworth Truck named "Purple Passion" with which he won the Best of Show at the Mid America Truck Show in Louisville Kentucky in 2001, 2003, and 2005. Charles was preceded in death by his parents William Charley “W.C.” and Frances Annie Lofton Grimes, 2 brothers Bill Grimes and William Charles “Bug” Grimes, and one sister Dorothy Louise Grimes. He is survived by his wife of 71 years, Carol Jane Freels Grimes of Henderson, KY; 1 son Scott Grimes and his wife Theresa of Madisonville, TN; 1 brother Bobby Gene Grimes of Niagara, KY; 2 grandchildren Jacqueline M. Smith and her husband Duncan of Placitas, NM and Steven Scott Grimes of Madisonville, TN; and two great grandchildren Evangeline Belle and Elliott Graham Smith of Placitas, NM. Relatives and friends are invited to Charles’ Life Celebration from 11:00 a.m. until the service time on Monday, February 14, 2022 at Benton-Glunt & Tapp Funeral Home. The funeral service will be held at 1:00 p.m. on Monday at the funeral home with Reverend Seth Lindsey officiating. Burial will follow at Roselawn Memorial Gardens in Henderson, KY. Military honors will be rendered by the American Legion Worsham Post #40. Expressions of sympathy may take the form of memorial contributions to the Western Kentucky Veterans Center “Veterans Program Fund” at 926 Veterans Drive, Hanson, KY 42413 and/or the American Legion Worsham Post Honor Guard at www.honorguardpost40.org. Arrangements entrusted to Benton-Glunt & Tapp Funeral Home, A Life Celebration® Home, online condolences may be made at www.bentongluntandtappfuneralhome.com.

The family of Charles H. Grimes created this Life Tributes page to make it easy to share your memories.

Send flowers to the Grimes family.