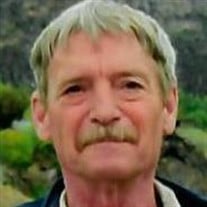 Mr. Charles Henry “Bud” Davis, Jr., age 67 of Villa Rica, GA passed away August 10, 2019 at his residence. Bud was born in Henderson, KY the son of the late Charles Henry Davis, Sr. and Barbara Neely Davis. He worked as a branch manager for Continental Emsco in Olney, IL and later for Bankhead Enterprises/Norfolk Southern in Atlanta when he relocated to Georgia in 1986 . Bud enjoyed fishing, camping, reading, gardening, spending time with his family and Rock & Roll. He lived a full and blessed life and was content with knowing how lucky he was. In addition to his parents he was preceded in death by his wife, Sherri Messel Davis and his brother in heart, Dwight Scott. Survivors include his children, Robert Lee Davis of Madisonville, KY, April(Chad) Foster of Lithia Springs, GA and Nick Crawford(Beth) of Temple, GA; sisters, Angela Wright(Mark) of Henderson, KY, Krista Davis Eckman of Austell, GA; brother, Leonard Davis of Evansville, IN. Brother in heart, Harold White. Also surviving are his aunts, Melba Ligon, Lillian Neely, Helen Davis, 8 grandchildren, 2 great grandchildren and several nieces, nephews and cousins. Relatives and friends are invited to Bud’s Life Celebration from 5:00 until 8:00 p.m. on Friday, August 16, 2019 and again on Saturday from 9:00 a.m. until the service time at Benton-Glunt Funeral Home. The funeral service will be held at 11:00 a.m. on Saturday, August 17, 2019 at the funeral home with Reverend Coni Beck officiating. Burial will follow in Fairmont Cemetery in Henderson, KY. Arrangements entrusted to Benton-Glunt Funeral Home, A Life Celebration® Home, online condolences may be made at www.bentonglunt.com.

The family of Charles Henry "Bud" Davis Jr. created this Life Tributes page to make it easy to share your memories.

Send flowers to the Davis family.