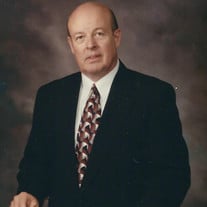 Bobby Glenn Gish, age 77, of Henderson, Kentucky, passed away Monday, May 13, 2019 at the Lucy Smith King Hospice Care Center in Henderson. He was born February 3, 1942, in Henderson to Dixon (Dick) Gish and Dean Sircy Gish Wilhite and raised in the Niagara community. He graduated from Henderson County High School in 1960 and was a charter student of Henderson Community College. Bobby grew up helping with family farming and raised his own tobacco crop which enabled him to attend the University of Kentucky and earn a bachelor’s degree in Civil Engineering. Putting his degree and determination to work, he was a licensed Professional Engineer for 50 years. At one time, he was licensed in 28 states. With an unbreakable work ethic, he continued to work until days before his death. Through his career Gish worked in several design and administrative engineering capacities ranging from consultancy to public service. Notable employers include the Johnston family companies and Henderson Water and Sewer Utility. He attended His Church Henderson. As a former longtime member of First Assembly of God, he served as a Deacon for 26 years and taught adult and children’s Sunday school. It was his pleasure to mentor children and young adults. Bobby was preceded in death by his parents; brother, Larry Gish and stepfather James Wilhite. He is survived by his loving wife, Kay, to whom he was married for nearly 55 years; sons Jeff Gish and Darren Gish and his wife Kimbra; sister Tracy Munsell and her husband Alan; sister-in-law Joy Gail Gish; nephews Chris Gish and Aaron Gish; nieces Kimberly Heathcotte and Becky Grossman; five first cousins and six great-nieces and -nephews. The family would like to extend a special debt of gratitude to friends near and far who shared their love and support in Bobby’s last days, and to the dedicated and caring staff of St. Anthony's Hospice. Relatives, friends and colleagues are invited to Bobby’s Life Celebration from 10 a.m. until service time on Saturday, May 18, 2019 at Benton Glunt Funeral Home, 629 South Green St, Henderson, Kentucky. The funeral service will be held at 1 p.m. with Pastors Michelle Nally and John Tatum officiating. Burial will follow at Fernwood Cemetery in Henderson, Kentucky. Expressions of sympathy may take the form of contributions to His Church Henderson (c/o 4810 Frederica St. Owensboro, KY 42301 or at www.hischurch.cc ) or St. Anthony's Hospice (2410 S Green St Henderson, KY 42420 or at www.stanthonyshospice.org). Arrangements entrusted to Benton-Glunt Funeral Home, A Life Celebration® Home, online condolences may be made at www.bentonglunt.com.

The family of Bobby Glenn Gish created this Life Tributes page to make it easy to share your memories.

Send flowers to the Gish family.