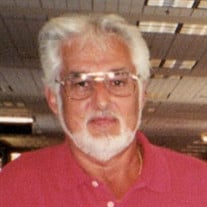 Bob “Hawk” Richardson, age 72, of Princeton, IN, passed away Wednesday, November 21, 2018 at Deaconess Gateway in Newburgh, IN. Bob was born on October 24, 1946 in Henderson, KY to the late Yewell and Ethel Richardson. He was a member of Audubon Baptist Church in Henderson, KY. He graduated from Henderson City High School in 1964. He went on to graduate from the St. Mary’s Hospital Respiratory Therapy Certification Program, and the Biosystems Respiratory Therapy Registry Program in Tempe, AZ. He began his career at St. Mary’s Hospital in 1966 where he worked as an assistant supervisor. He and another therapist were the first ones to actually set up a ventilator at the hospital. This was a fairly new field in medical care when he started. Bob became certified in Respiratory Therapy in 1970, the first year the exam was given. He obtained a certificate in Critical Care in Respiratory Therapy at Winter Haven Hospital in Winter Haven, FL. He held a state license in Florida, Indiana, and Kentucky. He was also a member of the American Association of Respiratory Therapy. Bob worked for 29 years in respiratory before having to retire in 1995 due to a rare bone disease. He managed Cardio-Pulmonary Departments in Oklahoma, Tennessee, and Louisiana. He worked at a level two trauma center in Winter Haven, FL., also managing two satellite Cardio-Pulmonary Departments. Bob ended his career at Methodist Hospital in Henderson as the Assistant Director of Cardio-Pulmonary. Bob is survived by his wife of 10 years Wanda Cox Richardson, daughter Kendra Romero and her husband Ronnie of Lafayette, LA, step-daughter Christy Etheridge and her husband John of Mt. Carmel, IL, 3 sons; Matt Richardson and Ryan Richardson both of Wilmington, NC, and Darren Richardson and his wife Jennifer of Evansville, IN, step-son Jim Hall and his wife Ashley of Mt. Carmel, IL, his sister Sue Richards of Owensboro, KY, niece Elizabeth Richards, nephew Jacob Richards both of San Diego, CA, and 15 grandchildren. Relatives and friends are invited to Bob’s Life Celebration on Monday, November 26, 2018 from 11:00 a.m. until the service time at Benton-Glunt Funeral Home in Henderson, KY. The funeral service will be held at 2:00 p.m. on Monday at the funeral home. Burial will follow in Fairmont Cemetery in Henderson, KY. Expressions of sympathy may take the form of contributions in memory of Bob to Regions Bank, 1910 W. Broadway St., Princeton, IN 47670. Arrangements entrusted to Benton-Glunt Funeral Home, A Life Celebration® Home, online condolences may be made at www.bentonglunt.com

The family of Bob "Hawk" Richardson created this Life Tributes page to make it easy to share your memories.

Send flowers to the Richardson family.