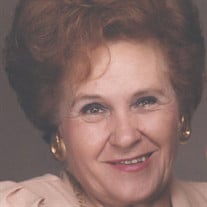 Billye Myrene Thomason Shelburne went to be with her Lord October 23, 2020 after a lengthy and valiant fight with Alzheimer’s. She was cared for with love and tenderness during the last 2 years by her daughter and son in law, Marsha and Mark Reynolds. Billye was born at home in Jefferson City, Missouri on November 12, 1929. She was the daughter of the late William F. and Florence Marion Beaver Thomason. Her family moved to Henderson in the mid 1940’s. She married and raised 3 children, Marsha Myrene, Kimberly Ann and Charles William. Billye was a Baptist by faith and attended Immanuel Baptist Temple. She was a 1947 graduate of Bosse High School and of Lockyear Business College. She worked at Bucyrus-Erie in Evansville, IN as an administrative assistant in her working career. Billye loved to garden and had beautiful roses, peony’s, and hydrangeas at “the Pines” her beloved family home. She was an avid St. Louis Cardinal fan, a competitive card player, and loved to host parties and family gatherings. She had a creative mind, which she demonstrated through her paintings, crafts, and wreath designs. Billye had a generous heart and loved her family unconditionally. Full of compassion and love, she cared for her mother through a long illness yet never gave up on love. Upon her mother’s death, Billye sold her family home and married Claude Shelburne in 1994. They moved to Louisville, KY and had a happy life together for 26 years. In addition to her parents, Billye Myrene was preceded in death (at birth) by her twin sister Jacquline Dan Thomason, her sister Marjorie Mae Berray of Henderson, KY. She is survived by her husband Claude Shelburne, Jr. of Louisville, KY, children Marsha Porter Reynolds (Mark) of Louisville, KY, Kimberly Ayers Stolzy (Harry) of Henderson, KY and Charles William Ayers of Providence, KY. She had 6 grandchildren, Tara Slaughter Dixon and Katie Myrene Stolzy Giles (Ryan) both of Henderson, KY, Matthew Edward Reynolds and Robert Porter Reynolds (Andria) both of Louisville, KY, Craig Alan Ayers of Clay, KY, and Anna Elizabeth Ambs (Steven) of Owensboro, KY. She was also blessed with 7 great- grandchildren, Ryan Reynolds, Logan and Livia Dixon, Ava Giles, Nolan Reynolds, Hadley and Madison Ambs, one nephew, Jack Jacobs (JoAnn) of Henderson, KY. A special thanks to the Hosparus of Louisville staff during this past year for your kindness, love and support. Relatives and friends are invited to Billye’s Life Celebration from 5:00 until 7:00 p.m. on Wednesday and again on Thursday from 10:00 a.m. until the service time at Benton-Glunt & Tapp Funeral Home. The funeral service will be held at 12:00 p.m. on Thursday, October 29, 2020 at the funeral home. Burial will follow at Roselawn Memorial Gardens in Henderson, KY. Expressions of sympathy may take the form of contributions to Hosparus of Louisville, 3532 Ephraim McDowell Drive, Louisville, KY, 40205, www.HosparusHealth.org . Arrangements entrusted to Benton-Glunt & Tapp Funeral Home, A Life Celebration® Home, online condolences may be made at www.bentongluntandtappfuneralhome.com.

Billye Myrene Thomason Shelburne went to be with her Lord October 23, 2020 after a lengthy and valiant fight with Alzheimer&#8217;s. She was cared for with love and tenderness during the last 2 years by her daughter and son in law, Marsha and... View Obituary & Service Information

The family of Billye Myrene Thomason Shelburne created this Life Tributes page to make it easy to share your memories.

Billye Myrene Thomason Shelburne went to be with her Lord October...

Send flowers to the Shelburne family.